charger that came with the Apple Watch S6 in the name of environmental protection  . Following the Apple conference in October, Apple canceled the charger that came with the iPhone 12 series for the same reason. This pioneering move has attracted many manufacturers to follow suit, and major manufacturers have not only demonstrated their commitment to environmental protection for various reasons. are enthusiastic, and are looking for ways to reduce the thickness of the phone box and sell charger sets with individual packaging to consumers.

How common is it to cancel the charger ?

According to the statistics of the charging head network, as of March 2022, there are as many as 45 mobile phone models on the market that have canceled the bonus charger .

Apple has so far launched 9 models that cancel the charger. As a pioneering manufacturer, Apple’s attitude to cancel the charger is also the most resolute, from the iPhone 12 series to the iPhone 13 series, and then to the latest iPhone SE third generation. , Apple treats its iPhone product line equally.

Huawei has so far launched 13 models without chargers. In the early days, due to the shortage of chips and external sanctions, Huawei tentatively launched versions without chargers on products such as the Mate 40 series, Mate X2, and nova8. Appropriately lowered the price. After successfully testing the water, Huawei also began to gradually cancel the charger in its product line.

Meizu has so far launched 5 models without chargers. Starting from the cancellation of random chargers when Meizu 18 was released, every mobile phone product released by Meizu has joined the ranks of environmental protection.

Xiaomi has so far launched 8 models without the charger. As a manufacturer following Apple, Xiaomi has been very aggressive in canceling the charger in the entire Xiaomi Mi 11 series, but at the same time provides a version with a charger set for selection. This kind of superfluous approach does not seem to have received positive market feedback, so Xiaomi added the charger back to the box in the two flagship machines of the 12 series, and only the 12X continued the aggressive strategy.

What actions have the manufacturers taken?

In view of the above statistics, the charging head network is analyzed from the following two aspects: 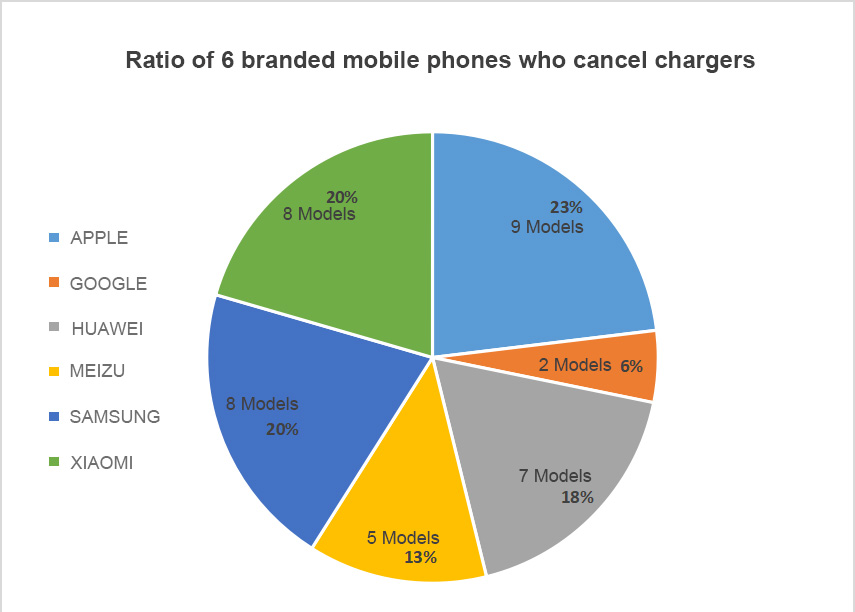 Some friends may ask, if the manufacturer does not provide a charger, why not just use a third-party charger? Unfortunately, if you want a full-speed charging experience, there aren’t many third-party replacement options available. 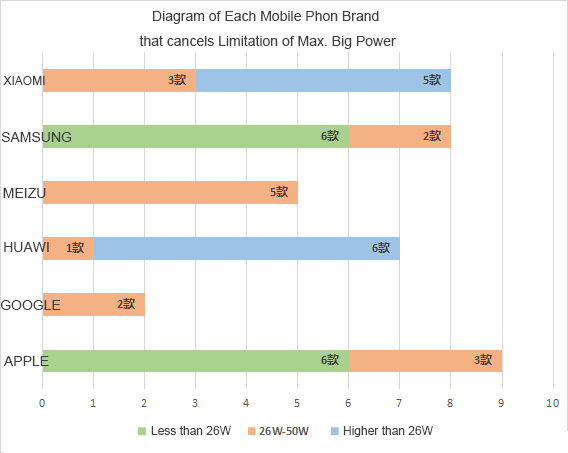 First of all, affected by factors such as shortage of high-power fast-charging chips, material costs, logistics and warehousing, more and more manufacturers have begun to cancel chargers in the medium and high power segment.

What kind of consumers are you targeting?

From the analysis above, we can see that most of the models that manufacturers cancel the included chargers are concentrated in the flagship and sub-flagship product lines, and most of them are global models. Manufacturers may agree that consumers who buy flagship or sub-flagship products are most receptive to the concept of environmental protection and have a large number of chargers at home; or manufacturers value the thickness of these consumers’ wallets and their secondary consumption. ability. They are often not sensitive to price, but are more willing to spend extra to improve the charging quality and reduce the time cost of charging.

Perhaps in order to take care of some consumers who are not very accepting of the concept of environmental protection, some manufacturers still use their official channels to supply consumers who purchase related products with charger sets. As well as free charger packages from Samsung, Xiaomi and other manufacturers in their retail channels.

With Apple’s pioneering efforts, more and more manufacturers will follow suit and cancel mobile phone chargers in the future. For consumers, this will undoubtedly increase the cost of purchase. Either spend extra money to buy charging sets from manufacturers, or retreat. Next, choose a third-party compatible charger product.

For mobile phone manufacturers, as the realization of carbon peaking and carbon neutrality has become a major strategic decision of the country, more and more manufacturers will respond to the policy call, actively take relevant environmental protection measures, and at the same time find the next growth point for the development of the industry .

For third-party charger manufacturers, as mobile phone manufacturers cancel the chargers on a larger scale, more and more consumers are willing to buy chargers with low prices or strong protocol compatibility. In addition, under the background of the continuous advancement of the unified fast charging protocol, a fast charging market with huge potential is gradually forming.

How big is the fast charging market?
Scroll to top

These cookies collect information that is used either in aggregate form to help us understand how our website is being used or how effective our marketing campaigns are, or to help us customize our website and application for you in order to enhance your experience.

If you do not want that we track your visit to our site you can disable tracking in your browser here:

The following cookies are also needed - You can choose if you want to allow them: