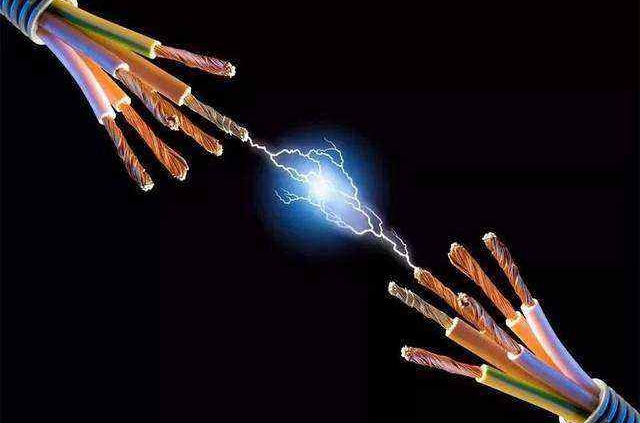 Users who go on business trips with power adapters often notice that when the charger is plugged into a powered socket, sparks are often generated, and they feel panic for a while, worrying about whether the socket or adapter will be damaged. Recently, the newly recruited friends of the charging head network have asked questions about this phenomenon, and they think that many users often encounter similar situations in their lives. Therefore, the life class of the charging head network has started, and this phenomenon is carried out. Introduce and test whether there will be damage.

voltage exceeding 10V and a current exceeding 0.5Ais opened or closed in the atmosphere, a gas with extremely high temperature, high brightness and electrical conductivity will be generated in the contact gap (or arc gap). , called the arc.

For electrical appliances with contacts, since the arc is mainly generated when the contacts are connected/disconnected, the high temperature will burn the contacts and insulation, and in severe cases, even cause short-circuit between phases, electrical explosions, and cause fires, endangering personnel and equipment. security.

Why does it occur

As we all know, the power adapter adopts the national standard alloy plug, which is connected to the mains through the metal shrapnel of the socket. When the plug touches the metal shrapnel in the socket, the contact area will be small at the moment of contact, and the current will flow instantaneously, and there may be tiny sparks .

Secondly, the high temperature generated by the arc will melt and vaporize the surface of the contact and burn out the insulating material. For boards or chargers that have been used for a long time or have been unqualified, it is often seen that the connection ports or metal pins have burning traces, and it is easy to cause arcing short circuits and injuries.

The application of arc in life

Knowing that arcing is a phenomenon of gas discharge can be a disadvantage or an advantage.

Since the high temperature generated by the arc can reach more than 3000 ℃, under certain conditions, the strong and lasting gas discharge phenomenon that can be generated between the two electrodes can melt and vaporize the metal surface, so it is more common in mechanical repair shops in life. Arc is generated for welding; in addition, it is also used in the metallurgical industry, such as DC electric arc furnaces.

Adapter is inserted into a powered plug-in board, due to the too small contact area, the voltage and current passing through are too large, resulting in arc generation, and what the user sees is little sparks ;

With the maturity of the production process and a number of overcurrent and overvoltage protection technologies, users do not have to worry too much about accidents.

In addition, due to the high temperature and strong light of the arc, it can be widely used in welding, melting, chemical synthesis, strong light source and space technology. It seems that all the phenomena in life can be explained scientifically. Only by observing carefully, you will definitely fall in love with this world full of many unknowns.

Talking about charging What is the difference between 3A cable and 5A cable...
Scroll to top

These cookies collect information that is used either in aggregate form to help us understand how our website is being used or how effective our marketing campaigns are, or to help us customize our website and application for you in order to enhance your experience.

If you do not want that we track your visit to our site you can disable tracking in your browser here:

The following cookies are also needed - You can choose if you want to allow them: